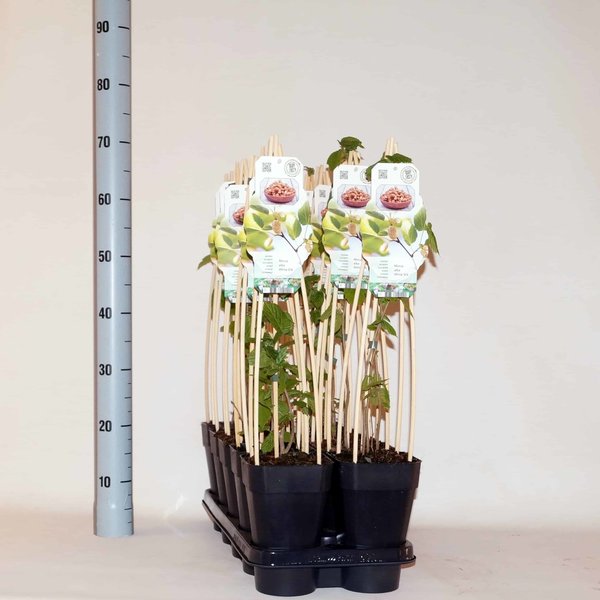 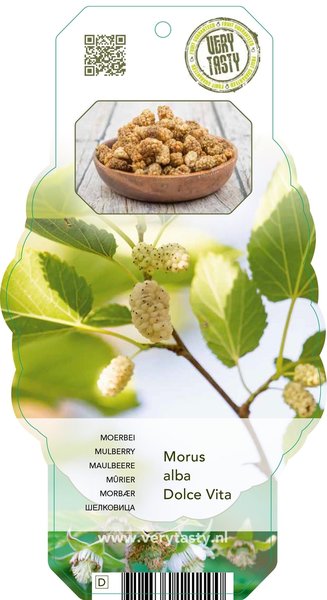 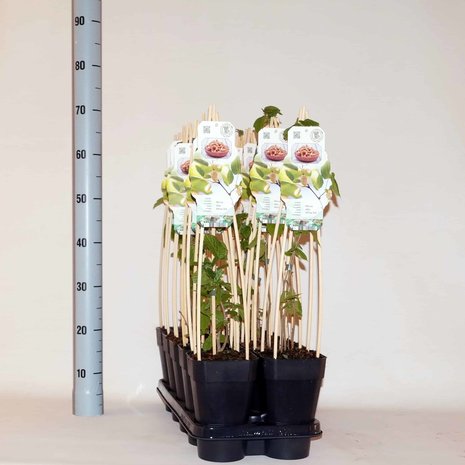 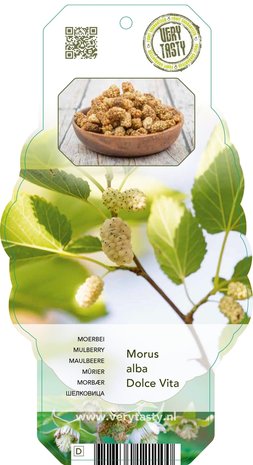 Morus alba Dolce Vita is known as white mulberry, common mulberry and silkworm mulberry. It generally grows as a tree but can rarely also be found as a shrub instead. It generally grows up tot 12-16 metres tall. White mulberries originate in China, where they are used for the production of silk. These mulberries are used to feed silkworms. It generally is recommended to plant mulberries in grassy areas, as the fruit can leave white stains on tiles and stone. Mulberries are edible but tend to have a somewhat sour flavour. The green leaves change colour in autumn before dropping them.
Show more