Your specialist in exotic plants and trees
Back to home page

Exploring for hardy palms and exotics 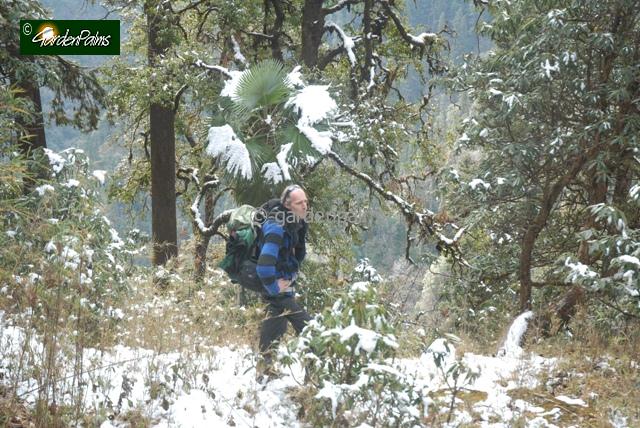 A lifelong interest in the world of palms and exotics has led Herbert Riphagen, partner in Gardenpalms Europe, to undertake many world-wide trips in search of beautiful plants which the European gardener can enjoy. Having grown up in the tropics, this Dutchman developed a love of palms, tree ferns and exotics. But he realised that many of the plants around him could never be enjoyed in his homeland, the Netherlands, as the winters there are simply too cold. However, as he began to travel he realised that many of the plants growing at altitude in the tropics are regularly subjected to cold and harsh conditions. The plants growing at these altitudes, although tropical, are adapted to surviving the cold and are frost-hardy. This realisation was the seed for an absorbing hobby and later a career.

Herbert began to collect seeds from various locations and noting the characteristics of the plants around him. He nurtured plants, first at home and later in greenhouses in Holland and became an authority on the subject. He was instrumental in the identification of many exciting new plants. His journeys have taken him around the world and far from the beaten track. Using local guides he is often to be seen exploring Himalayan mountain ranges, Asian jungles and South American plains, always searching for his ideal; tropical beauty adapted to European climate. His journeys have enriched our northern gardens with a rich tropical influx.