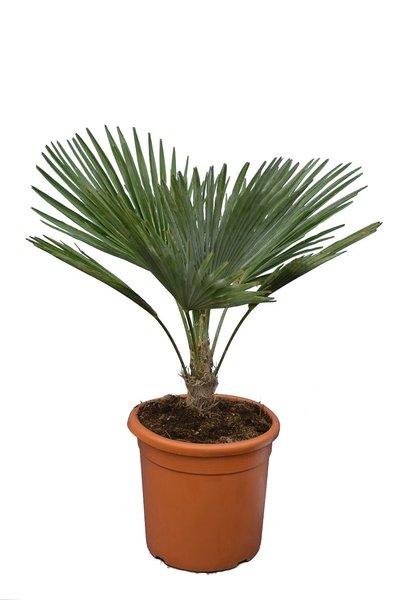 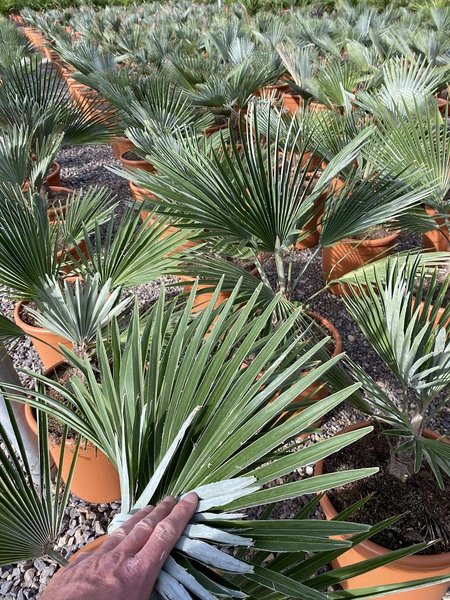 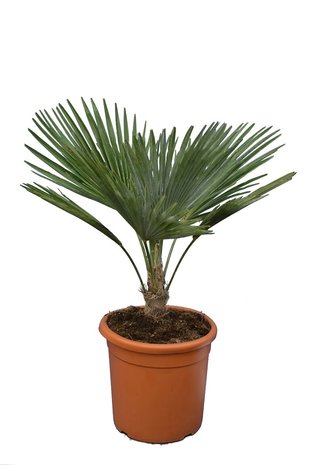 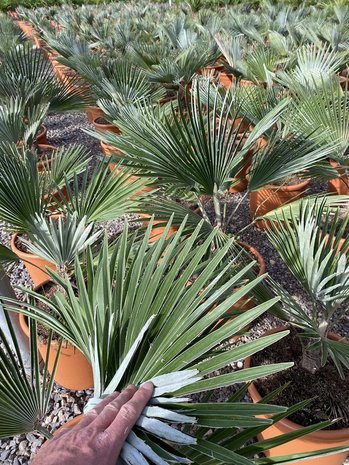 In habitat the palm has a green leaf, and a magnificent snow white contrasting back to the leaf. The trunk has very distinctive brown fibre, older plants having bare trunks lower down. The leaf is split around half way, and the palm is very resistant to severe cold, probably being equally as cold as Trachycarpus fortunei.