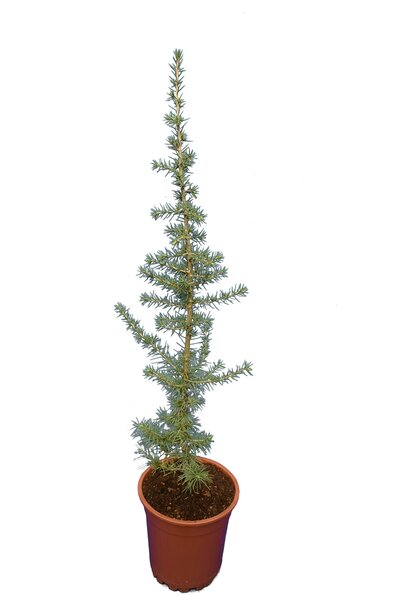 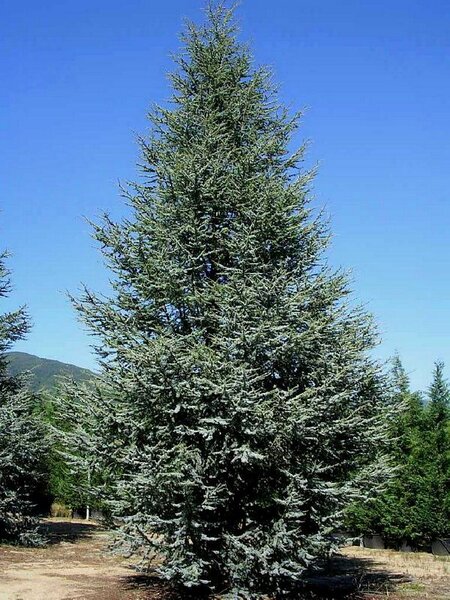 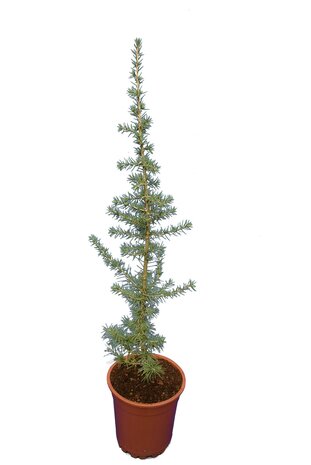 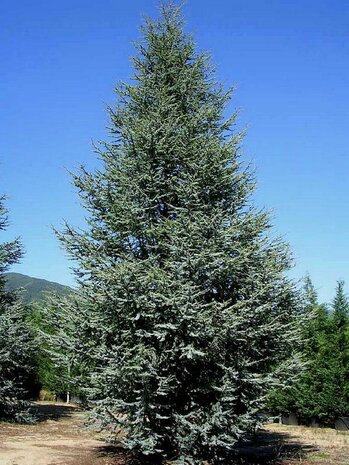 Cedrus Atlantica, which is also known as the Blue Atlas Cedar, Himalayan Cedar or Atlas Cedar,  is a tree from the pine family (Pinaceae). In the past, this species was sometimes regarded as a western subspecies of the Lebanon cedar. The species occurs naturally in the Atlas Mountains and has since the 19th century often been planted as an ornamental tree in Western European parks and gardens. In Southern Europe, the Atlas cedar is sometimes planted for its wood.

The crown of the tree is broad and conical with large, horizontal branches. The Himalayan cedar has rising branches. The tree bark is smooth and dark gray. As the tree grows older, grooves appear in the tree bark and large pieces form, which peel off. The buds are shiny, dark green or bluish green and have a length of 1-2 cm (1 inch). They are often gathered together in bunches of about 40 pieces.

Female cones are upright and rolled with a hollow at the top. They ripen in two years to a pale, purple-brown color and are then 5-8 cm (2-3 inches) long. The scales fall off and then release winged seeds.

Cedrus Atlantica does not form new branches after pruning where a branch has been cut off. For that reason, and despite the fact that cedar wood is particularly resistant to rotting, pruning is strongly discouraged unless it is a gentle pruning to simply remove ripped branches or dead branches inside the crown.
Show more